admin
Vivek Chakravarthy is an upcoming rock star in Bengaluru who hails from a family of decorated army officers. His mother wants him to follow the same path but he isn't interested. He is about to give his first live concert on New Year's Eve with his bandmates in Hyderabad. However, Vivek is late to catch the flight, forcing the band to travel by road. After sometime, one of their tyres get deflated. Not having a spare, the other friends go to get the tyre inflated leaving Vivek and Lasya alone. Meanwhile, they are attacked by a Hindu fanatic group. However, they manage to get out of the mess with the help of a Sikh truck driver (who incidentally gets involved in an earlier altercation with Vivek). The band successfully reaches Hyderabad. However they suffer a minor accident there which involves a mother in labour.So Vivek and Lasya take her to a hospital nearby.
Saroja is a prostitute in Amalapuram working for Rattamma. She has a best friend Karpooram who is a eunuch. Saroja doesn't like working for Rattamma and plans to run away from there. Her dreams come true when she receives a call from Hyderabad from one of her agents. The very next day, which happens to be the New Year's Eve, she leaves for Hyderabad with Karpooram, without Rattamma's knowledge; but not before putting the local sub-inspector Bullabbai to sleep using pills after sleeping with him. However, Saroja is arrested in Hyderabad by constables for betraying Bullabbai. Karpooram frees her from the inspector and they are both taken by their agent to a client. The client turns out to be yet another broker, who bought Saroja and Karpooram from Rattamma. Both successfully escape from the broker after a scuffle during which Karpooram gets stabbed. So, Saroja takes her to the same hospital that Vivek and Lasya take the pregnant lady to.
Cable Raju is a lower middle class guy hailing from Jubilee Hills slum living with his maternal grandmother. He loves Pooja, who is from the upper class of the society. Pooja, however, doesn't know of Raju's financial background and thinks of him to be rich. Raju has to get 2 passes for a lavish New Year's Eve party which cost almost ₹40,000. He tries to obtain that money by various means, but is unsuccessful. He even tries to snatch chains from women's necks, but is apprehended by the police when his motorbike hits a police van. He is taken to the police station where he meets Saroja. However, Dappu Subani (who initiated him into the chain snatching business) comes to his rescue and gets him freed. His grandmother, vexed at his behaviour, gives him 3,000 rupees and asks him to do whatever he wants. In a local cafeteria, he happens to see Ramulu with his money bundle and decides to steal it and thus follows him to the hospital. He successfully manages to steal the bundle from Ramulu and Padma. However, as he is about to pay for the passes, he realizes his mistake, adds his own 3,000 rupees to the bundle and returns it to Ramulu at the hospital. 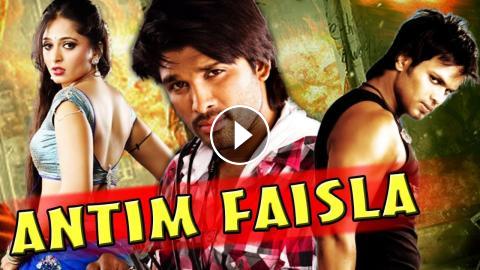 Vivek Chakravarthy is an upcoming rock star in Bengaluru who hails from a family of decorated army officers. His mother wants him to follow the same p...