Alia Bhatt's passionate love for her co-star Arjun Kapoor has seemingly gone beyond the cameras.

Alia said in an interview to a tabloid, "Last year, when I was shooting in Ahmedabad, my father was there to promote Aashiqui 2 and had visited me on the set of 2 States. He recently asks me, 'Are you dating Arjun or what?' Six months later, he is telling me, 'I sensed something in the van when I came to Ahmedabad', even though there is nothing. He likes Arjun."

Clearly the filmmaker didn't miss the chemistry Alia shares with her partner in 2 States. And with their sensuous promos grabbing so much eyeballs, we hope that they sizzle as much in the film too. 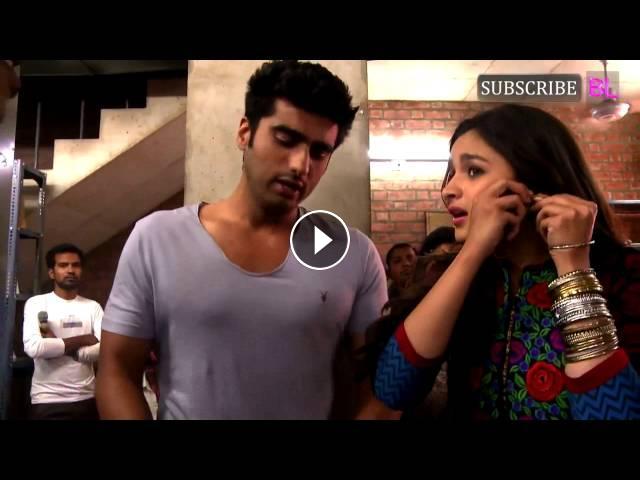