ava
Ram Kumar (Govinda) lives a wealthy lifestyle in Calcutta with his brother, Prashant(Shatrughan Sinha) and Parvati (Moushumi Chatterjee), his sister-in-law. Since his school-days he had befriended a young orphan named Laxman (Kunal Goswami), who also lives with them. Years later, Ram and Laxman have grown up, and Laxman joins the Police Force. Impressed with Laxman's dedication and diligence, the Police Commissioner assigns him to take down the crime empire of a notorious underworld don called Cobra. Laxman gets killed trying to arrest cobra and Ram swears to avenge Laxman's death, and sets forth to seek Cobra. It is then Ram finds out that the man called Cobra may be Prashant himself. A series of double cross and deceit leads to a plot much more sinister than what Ram could have ever imagined. Is Prashant the real culprit or a victim of mistaken identity? How will Ram annihilate Cobra and his crime empire? 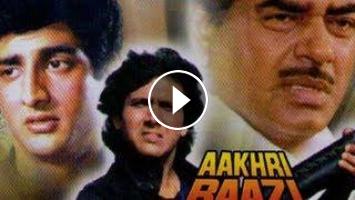 Ram Kumar (Govinda) lives a wealthy lifestyle in Calcutta with his brother, Prashant(Shatrughan Sinha) and Parvati (Moushumi Chatterjee), his sister-i...