admin
Aamir Khan’s recent release ‘Dangal’ is making waves all across the country and it seems that maverick filmmaker Ram Gopal Varma, who is not so easy to please, too has been bowled over by the sports drama. So much so that RGV took to Twitter to not only gush about the film and Aamir, but also to hurl insults at Salman Khan and Shah Rukh Khan.

Taking to his Twitter page, Varma wrote, “Just saw Dangal n zapped with Aamir's belief in Indian audience's intelligence that they can make such a niche idea into such a massive film. Super stars never grew up beyond wanting to look forever young n wanting to show 6 packs even after 50 n then comes fucking Aamir in Dangal. Want to touch Aamir's feet for his ever growing sincerity which was always there but it impossibly seems to be growing taller and taller. Other Khan's presuppose the audience to be dumb which I too think they are but Aamir respects n caters to their intelligence hidden behind. Aamir khan's films force the world to take India seriously and the other Khan's films make India look like a Choo***ya regressive country. Which Star of Bollywood since Alam Ara would have taken a decision of putting on weight to look like a father of grown up daughters? Seeing Dangal I feel all us in entire industry including other Khans should learn gymnastic martial arts and kick ourselves on our asses.” Incidentally, Varma and Aamir worked only in ‘Rangeela’ before they had a tiff after Varma allegedly insulted Aamir’s acting skills. 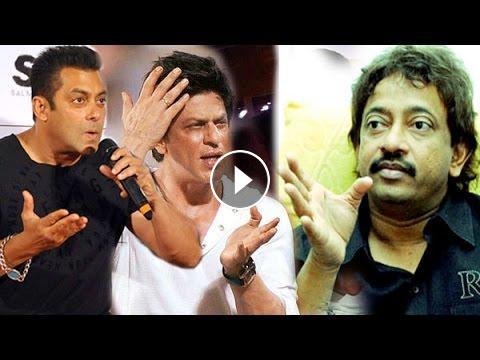 Aamir Khan’s recent release ‘Dangal’ is making waves all across the country and it seems that maverick filmmaker Ram Gopal Varma, who is not so easy t...