admin
Rahul Kadakia, Christie’s International Head of Jewellery, introduces some of the many storied pieces from an incredible collection of royal jewels and jewelled objects that’s set to make auction history.
‘This is living history in your hand,’ says Rahul Kadakia, International Head of Jewellery at Christie’s, of a stunning trove of jewels that date back nearly 500 years to the early part of the Mughal dynasty, which ruled in India from 1526 to 1857.
India’s rich culture of jewellery is partly the result of natural circumstance. The mines of Golconda yielded the highest grade of diamonds; Kashmir produced the rarest and most beautiful sapphires; while the greatest emeralds arrived in India from Colombia through commercial exchange via the Portuguese-controlled ports of Goa.
Jewellery in the Mughal tradition was an integral aspect of articulating authority, with eyewitness accounts from the height of the Mughal Empire revealing the extent to which rulers valued gems for their rarity, physical properties and provenance.
Find out more:
--
Subscribe to Christie's YouTube:
Sign up to Christie's Weekly:
Follow Christie's on:
Facebook:
Twitter:
Instagram:
Pinterest: 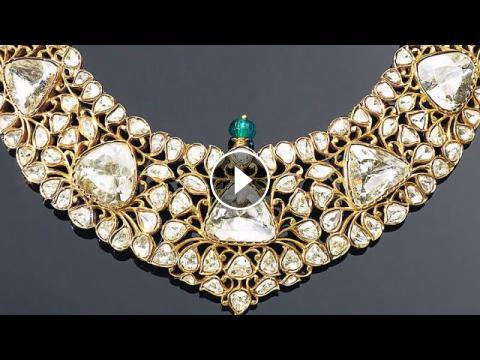 Rahul Kadakia, Christie’s International Head of Jewellery, introduces some of the many storied pieces from an incredible collection of royal jewels an...