admin
The story of a very special instrument, played here by contemporary jazz star Keyon Harrold, who can be heard on the soundtrack for 'Miles Ahead', the 2015 movie about Miles Davis.
Miles Davis is often referred to as ‘the Picasso of jazz’. Born and raised in Illinois, he moved to New York in 1944, where he joined the bebop quintet of his idol, the saxophonist Charlie Parker.
Following a star turn at the Newport Jazz Festival in 1955, Davis was offered a long-term contract with Columbia Records. He soon went on to produce a string of critically acclaimed albums — Milestones, Porgy & Bess and Kind of Blue, to name but three. The last of those, recorded in just two sessions in 1959, remains the best-selling jazz album of all time.
Davis continued to record, perform and innovate in the 1960s and early 1970s, absorbing influences from Stockhausen to soul. By 1975, however, a combination of exhaustion, personal demons and drug addiction forced him to take time out. He wouldn’t pick up a musical instrument again in earnest until the early 1980s, which was when the blue-lacquer ‘Moon and Stars’ trumpet, coming to the Exceptional Sale on 29 October at Christie’s in New York, was created for him.
Find out more:
--
Subscribe to Christie's YouTube:
Sign up to Christie's Weekly:
Follow Christie's on:
Facebook:
Twitter:
Instagram:
Pinterest: 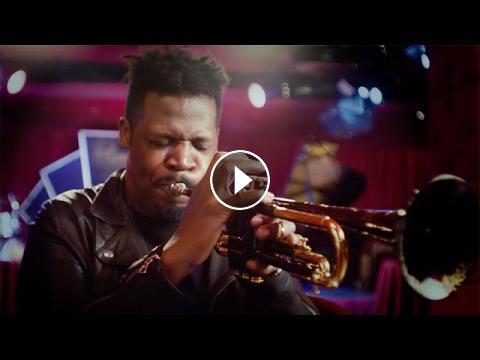 The story of a very special instrument, played here by contemporary jazz star Keyon Harrold, who can be heard on the soundtrack for 'Miles Ahead', the...