Actor-turned-politician Jaya Prada, who had formed Rashtriya Lok Manch along with Amar Singh, after being expelled from Samajwadi Party, on Friday stated that Amar Singh is her ‘godfather' and also made some serious allegations against SP leader and Rampur MLA, Azam Khan.

Jaya Prada said that she even contemplated suicide when her morphed pictures with Amar Singh, who was on dialysis then, went viral and that no one ,except Singh, came out in support of her back then. She also said that Azam Khan threatened her and attempted an acid attack on her.

The veteran actress said that she feels like the protagonist of Manikarnika and that a woman can also take avatar of Goddess Durga. 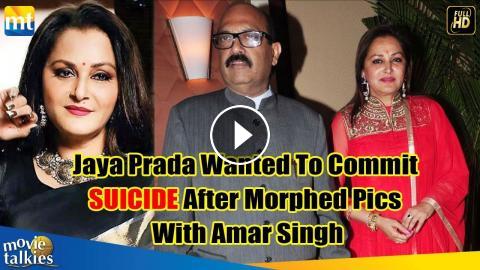 #Jayaprada #AmarsinghActor-turned-politician Jaya Prada, who had formed Rashtriya Lok Manch along with Amar Singh, after being expelled from Samajwadi...