admin
Alexander Heinrici, Andy Warhol’s favourite silkscreen printer reveals the special skills that have led many of the biggest names in post-war American art to seek him out, and explains why he believes the medium is the ‘most immediate, painterly form of printing.’
‘My main profession is to make the artist look good,’ says Alexander Heinrici, reflecting on his distinguished career as a master printer. ‘The artist is the creative element and he gives you a riddle to solve, and you solve it.’
Born in 1945 in Vienna, Heinrici opened his own printer’s workshop in 1968, where he worked with key Austrian, German and Swiss artists. One year later, having outgrown the Viennese art scene, he moved to New York where he opened a print workshop.
‘My routine was to go to Max’s Kansas City [a New York restaurant and nightclub] which was the hangout for the artists,’ he recalls. ‘Jasper Johns was my first client — it was exciting.’ Word of the printer’s talent got around, and soon enough, along came Andy Warhol. ‘He just showed up one day,’ Heinrici says.
Find out more:
--
Subscribe to Christie's YouTube:
Sign up to Christie's Weekly:
Follow Christie's on:
Facebook:
Twitter:
Instagram:
Pinterest: 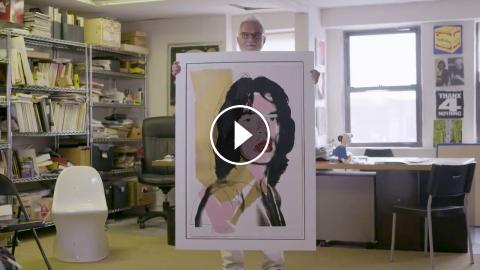 Alexander Heinrici, Andy Warhol’s favourite silkscreen printer reveals the special skills that have led many of the biggest names in post-war American...