Added 3 years ago by ava
126 Views
The movie story deals with Harischandra Prasad an influential leader in Rayalaseema and he treats all his people as his children. To provide jobs to them, he decides to build a huge steel plant with the assistance of foreign collaborators. But Ramappa and his assistant oppose this. They hatch a plan to eliminate him. His son Ramakrishna thwart the villain's plans. But the story takes a cruel twist as the villains strike at the heart of the family by using Bobby. When Bobby was a small Kid the villains kidnap him and threaten Ramakrishna to leave his father and save Bobby. Although Harischandra Prasad has no love on Ramakrishna, he loved his father and for fulfilling his father's wishes he stands protecting and Bobby is said to be escaped from the house. But Ramappa and his followers make Bobby a professional killer at the age of 12 by another killer and use him to kill Harischandra Prasad. The whole family except Ramakrishna and his step-brother is unaware that Bobby killed Harischandra Prasad. Now Bobby is an adult and is a high profile professional killer and returns to his land with the help of his newly found friend Deepu who share mutual love interest. His mission in short is to protect his father from Ramappa. In this process it is revealed to the family members of Harischandra Prasad and the people that Bobby killed Harischandra Prasad and Moreover the antagonists frame Ramakrishna as the man behind the Death of Harischandra. Frustrated and deeply hurt by this, Ramakrishna's Step Mother and wife and the people expel the both and police arrest them and take them away for a secret encounter by Ramappa. Seeing this all, Ramakrishna's step brother, who was paralysed earlier in attempt to catch Bobby during the murder of Harischandra, springs back to life and reveals the whole truth to his family and the people. Meanwhile Ramkrishna and Bobby team up and kill all the frods and enemies together. Later Ramakrishna's step mother apologises for the ill treatment by her and orders him to fulfill his dead father's wishes. 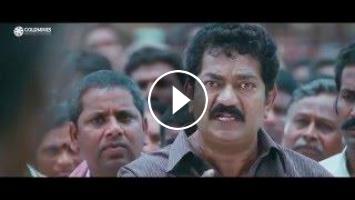 The movie story deals with Harischandra Prasad an influential leader in Rayalaseema and he treats all his people as his children. To provide jobs to t...